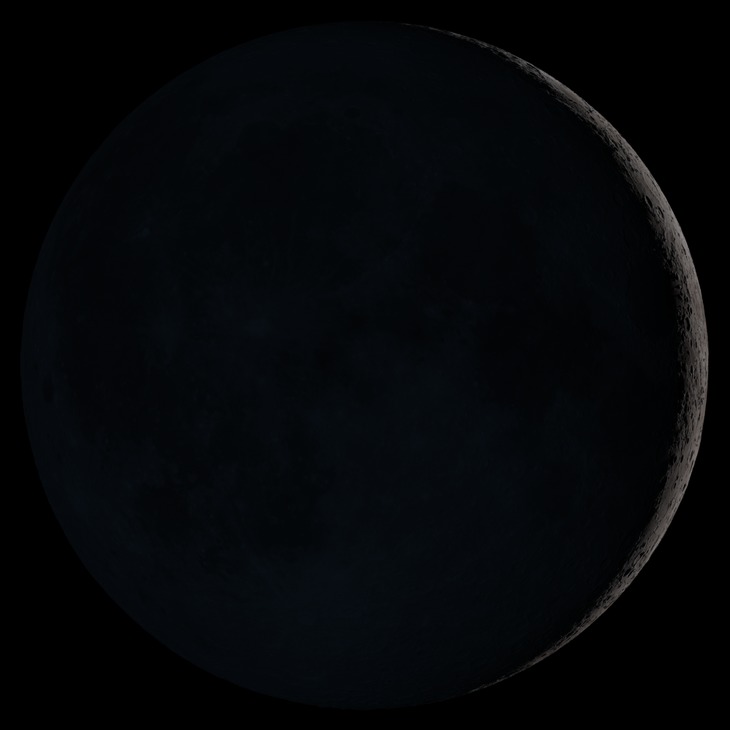 he month of Ramadan brings out the best of the Muslim community. People dedicate themselves to fasting in the days and praying in the nights. The mosques are full, people are reciting the Qur’ān and everyone is trying to strengthen their relationship with Allah ﷻ. There’s a certain energy you can see and feel. Unfortunately, the beginning of the month also brings out the worst in some segments of the community because of differences in secondary issues. People argue over moon sighting, calculations and the number of units of prayer in Tarāwīh. Sometimes these arguments become heated, lead towards feelings of ill will and unnecessarily cause division.

Recently, a group of scholars after discussions, research, and consultations with other scholars decided to change their position for deciding the start and end of Ramadan from local moon sighting to global moon sighting. This led to accusations within the community of leniency in matters of religion, pandering to the majority, deviancy and other baseless and unfortunate claims. The purpose of this article is simply to shed light on the issue of moon sighting to show that it’s open to interpretation (mujtahad fi) and not as black and white as most people think it is.

Currently in North America there are three main opinions followed for determining the beginning and end of Ramadan.

1) Local Sighting: According to this position the moon must be sighted with the naked eye without the use of an instrument. One of the drawbacks of this position is that there is no agreement on what the definition of “local” is. That’s why the moon-sighting committees that follow this opinion have different criterion for defining “local”. This has historically been an opinion within the Shaf‘ī school of thought.

2) Global Sighting: According to this opinion if there is a verified sighting of the moon anywhere in the world it will be accepted. This has historically been the position of the Hanafis, Malikis, Hanbalis and some Shaf‘īs. There’s also a sub-section of this position that only follows the official announcement from Saudi Arabia.

3) Astronomical Calculation: The beginning and ending of the month is determined solely by astronomical calculation. This is a more modern position that wasn’t held by scholars of the past.

The proponents of each of these positions have their evidences and legal arguments that they use to show why they feel they’re correct and why their method should be given preference. It should be noted that the first two positions are classical positions that have been held by scholars throughout history. The third position, relying solely on calculation, is a modern position that wasn’t held by scholars of the past.

The point I would like to drive home is that local sighting and global sighting are both valid legal opinions. This is an issue in which the jurists have disagreed upon based on their understanding of the various textual evidences. Both of these understandings are correct in their respective places. This difference of opinion is something that is valid and allowed within the scope of the Sharia. The diversity of opinion that exists within Islamic Jurisprudence is an accepted reality and something that is actually celebrated.

Source of Differences in Opinion

Issues of Islamic Jurisprudence aren’t as black and white as people make them out to be. As a matter of fact, they are very complex and require the expertise of scholars to comb through the Qur’ān and Sunnah, search for relevant texts, then use the rules of the Arabic Language, principles of fiqh and their understanding to extrapolate and derive rulings. In addition to that they will look at the conclusions of previous scholars and experts and understand their arguments and reasoning for those particular conclusions. It’s possible that two scholars will have the same verse in front of them but because of their different principles and methodologies will arrive at two opposite conclusions. Basically, fiqh is much more complex and nuanced than we think.

The last three categories (2–4) are all speculative proofs and thus subject to interpretation (ijtihād). Since they are open to interpretation there will obviously be differences of opinion. It must be noted that there are very specific qualifications for a mujtahid and the principles used to do so. As long as these differences of opinion are based on sound ijtihād, following the established rules of the Arabic Language and principles of fiqh, they will be valid.

From this discussion we can conclude that an issue that is mujtahad fi is an issue that is based off speculative proofs (2–4). Imam Ghazali (r) defines it as, “every legal ruling that doesn’t have a definitive proof.” The issue of moon sighting without a doubt is from amongst this category. The legal basis for this ruling is a hadith of the Prophet ﷺ that is a speculative proof open to interpretation. The positions of local sighting and global sighting are based off the same textual evidences that were understood and explained differently. The process of how scholars arrived at these two different conclusions and the reasoning behind them is beyond the scope of this article (If time permits in the future, inshAllah).

How to Deal with Valid Differences of Opinion
Adab Al-Ikhtilāf, the manners or ethics of disagreement, is unfortunately something that is greatly lacking in our communities. This is a subject that should be studied by all students of knowledge, Scholars, Imams, activists’ callers and the general public. How do we deal with these issues?

First and foremost, these issues should be discussed by those who have the proper qualifications to do so. Either students of knowledge or Scholars. Secondly, they should be dealt with a great level of tolerance and understanding. Just because someone follows a different opinion than ours doesn’t automatically make them wrong, lenient or somehow a deviant who’s destroying the religion. We’re supposed to have an attitude of acceptance and inclusiveness. No one should be rebuked, reprimanded, scolded, corrected, advised or yelled at for following a valid difference of opinion. The Shafi‘īs developed a beautiful saying, “Issues of ijtihād are not rejected with force, and it is not allowed for anyone to force people to follow their opinion regarding them. Rather they should discuss them using scholarly proofs. If one opinion appears correct to a person, he should follow it, and whoever follows the opposite opinion then there’s no blame on him.”

Regarding issues of disagreement the approach and attitude of the Scholars of the past was always the following; “Our opinion is correct with the possibility of being wrong, while the others opinion is wrong with the possibility of being right.” The reason for that is because there’s no way to say with full certainty if a mujtahid is right or wrong. The mujtahid may be right and at the same time may be wrong. This is the attitude and approach that we should follow in dealing with differences.

The Companions of the Prophet ﷺ and scholars of the past had differences but they dealt with them with affection, love, humility and most importantly respect. Although they disagreed they still had respect for the other person and their opinion. Our tradition is full of examples of love and respect scholars showed for each other despite their differences.

Al-Imām Al-Hāfidh Abu Musa Yūnus ibn ‘Abd Al-‘Ala said, “I haven’t seen anyone more intelligent than Imām Shafi‘ī. One day I debated him regarding some issue and we went our separate ways. Later he met me, took my hand and said, “O Abu Musa! Isn’t it that we can still be brothers even though we don’t agree upon an issue?!”

Similarly, Imām Ahmed ibn Hanbal (r) in praise of Ishāq ibn Rahawaih, Imām Abu Hanifa’s teacher, once said, “No one like Ishāq has crossed the bridge to Kharasan, even though he disagrees with us in many things. People will continue disagreeing with one another.”

One last example is that of Imām Mālik (r). Once Hārūn Al-Rashīd told Imām Mālik that he wanted to make copies of his Muwatta and distribute it across the Muslim world and make people follow it. Imām Mālik said, “O Leader of the Faithful. Indeed the difference of the scholars is a mercy from Allah on this nation. Everyone follows what is correct according to them, they’re all upon guidance and they’re all sincere to Allah.”

The Muslim Community in America is very diverse. There are Muslims from all over the world who grew up learning and practicing opinions that may be different than ours. Children who are born and brought up here may even follow opinions different than those of their parents depending on who their teachers are. This is completely fine and should not be made into an issue. As a matter of fact when it comes to these types of issues we’re supposed to let people practice what they’ve learned as long as it’s a valid opinion. Sufyān Al-Thawri (r) said, “If you see someone doing something that’s disagreed upon and you have another opinion, don’t stop him.”

This diversity of opinions shouldn’t lead to disunity. Unity and conformity are two separate things. Islam requires us to have unity amongst ourselves, not conformity. Alhamdulillah, this is seen in most major Masājid today where the Imam may follow certain opinions, some congregants may agree with him and others may not, but they still stand behind him in prayer. It’s time for us as a community to mature and move above and beyond these debates and focus on building united communities.